Skip to content
First, we got to start off by saying we’re sorry. We understand by using some of the terms/phrases in the blog post we may offend and bring up some tough memories for people, but we REALLY have to get something off our chest!
As always, let’s start with some 100% open and honesty. If you look on our How-To websiteyou’ll see the address for where people should ship the cards underlined. We’ll use this as a chance to remind people, Cardz for Kidz!, 323 E Wacker #11, Chicago, IL 60601.  A couple times we’ve had some groups reach out to us and let us know they were in the area and ask if they could simply drop off the cards. Well, here’s the honesty, that’s actually not an office. It’s just a UPS Mailbox. As we’ve listed in a bunch of prior posts, everyone who “works” at Cardz for Kidz! does this in what was formerly known as free time. We got that UPS mailbox as it’s close to our founder’s 9-5 job, open till 7pm, and he can stop by there on his way home.
Since the UPS is more convenient, we use that for collecting the packages, but it’s more expensive for shipping, so for that we’ve always stuck with the United States Post Service. If you look at the timeline, on our About Us page, you’ll notice that we started sending cards to hospitals before we were approved as a 501c3 certified non-profit. That means that we had started shipping cards to kids across the Midwest out of our own pocket, since we weren’t getting any dollar donations from any corporations. We didn’t have our partnership with our bank like we do now, or a gofundme, cardzforkidz.org/donate or anything like that. We simply would receive cards from different groups, primarily in Chicago. Then, during lunch, our founder would walk over to the post office in the basement of the Sears/Willis Tower and ship them out to our partnering locations. Based on his consistency, the ladies at the post office became real friendly and helpful. And actually, it’ll never be forgotten. After one of the shipments in Q4 2012 our founder paid with his card and Ms. B, an employee at the USPS asked him to wait a second, she later walked around and brought him a card with $20 in it. She confirmed that she supported what he was doing. According to our records, she gave another $20 on November 13, 2013. Both of those were before we had the formal tax-deductible receipts on nice letter head! 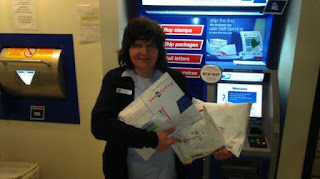 It’s not just Ms. B either. We’ve had multiple positive experiences during our many trips to the post office. So we’ve mentioned it a few times, some of us have a background in data analysis. With that in mind, we definitely can’t say we’ve done quantitative analysis and analyzed how helpful EVERY post office worker is, but we can say we’ve shipped approximately 35,000 cards from the USPS – just check out the packages in our deliveries albums to get an example of some of the trips. 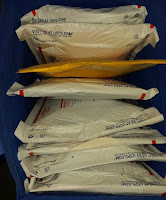 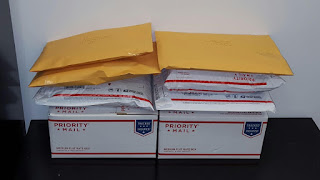 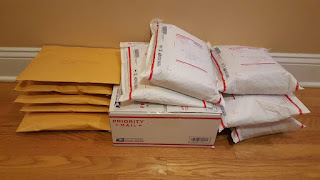 Based on that, and the fact that we’ve shipped cards in post offices in Southfield, Atlanta, and multiple locations in Chicago, we can say we’ve done extensive amount of qualitativeresearch. With that in mind, we fully believe there’s something special about the vast majority of people we’ve been able to connect with- from being helpful in recommending how we could save money – using different types of packages, to making monetary donations, or to making cards. 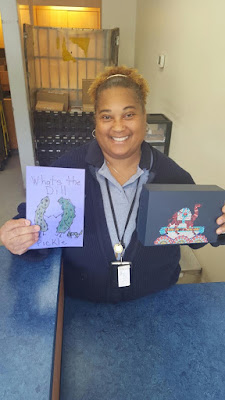 With all that in mind, we think there needs to be a modification to the overall term or idea of Postal. We think they’re so far above and beyond that we’ll try be using that term in only a positive light! We’re encouraging people to GO POSTAL, aka impact Cardz for Kidz! all around!
#gopostal #upliftingspirits
To see more pictures and stories, please check out our website www.cardzforkidz.org; like us on Facebook; follow us on Twitter and Instagram; visit our Google+ or LinkedIn pages! Also, check out some of our videos on YouTube!
Premium WordPress Themes Download
Download Premium WordPress Themes Free
Download Nulled WordPress Themes
Download Best WordPress Themes Free Download
download udemy paid course for free
download samsung firmware
Download Nulled WordPress Themes
online free course

One thought on “Go Postal”