Skip to content
As touched as we were in the prior post, Carry a Bit More, we had a great time delivering some of the cards to a hospital in Nigeria. Also, as described in that post, the majority of our international deliveries are directly sparked from someone we knew who hand delivered those cards in other countries. Now we already described what we want to be, When We Grow Up, but we figure since we’ve only been around 5 years so we’re still a child. Therefore, it is OK to set a dream for our adolescent years! 🙂
Although we just received a set of cards from THREE of Millward Brown’s offices in Central America, the VAST majority of our cards are made AND delivered right here in the United States. The only way we can get cards to the majority of the international destinations is through personal delivery. So we’re asking folks to let us know when they’re traveling abroad. That’s how we sent cards to 5 of the 7 countries we’ve reached; Ghana, Benin, Nigeria, Colombia and Mexico (unfortunately we weren’t able to get pictures from Colombia). 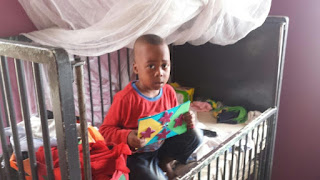 So our long termdream is to be able to start a scholarship for kids who’ve been hospitalized and are trying to go to college, but in the short term, we’d love to independently launch Cardz for Kidz! in multiple countries. With that in place, we wouldn’t ask people in Central America to pay for postage to ship their cards to us directly here in the States. We wouldn’t have to keep our fingers crossed that someone remembers to contact us when they’re traveling. Just like here in the United States, kids across the globe could be impacted on a regular basis.
Don’t worry, we understand that not everyone can take running this non-profit as serious as our team does. So maybe they wouldn’t track stats like in Q2 2015, 33.3% of cards were made by B-to-B companies?  And 462 cards were sent to kids in the Midwest in Q1 2015. Or on average, dating back to Q4 2011, we’ve experienced a 31% growth in the amount of cards made per quarter. That’s OK!! If we could simply have someone to collect the cards, double check them, then send them to a hospital in their area that’d be great. Now it’d be perfect if they sent a picture of the Top 10 and told us the exact amount made per group, but we understand that’s a bit over the top! 🙂
In summary, our immediate goal is to be able to work with individuals/groups in various countries to make a LONG TERM/CONTINUAL IMPACT on kids across the globe.
#LongTermContinualImpact #UpliftingSpirits
To see more pictures and stories please check out our website www.cardzforkidz.org, like us on Facebook page, follow us on Twitter , visit our Google+ page, or visit our LinkedIn page! Also, check out some of our videos on YouTube!
Download Nulled WordPress Themes
Download WordPress Themes Free
Download Premium WordPress Themes Free
Download Premium WordPress Themes Free
udemy paid course free download
download karbonn firmware
Free Download WordPress Themes
free online course