Skip to content
Andrew:“Hmmmm I don’t know what that is Ashley. Adam do you know?”
Adam: “I think I’ve heard of it before, but I’m not really sure. Angie?”
Angie:“Yeah…don’t know. Just GOOGLE it!”
“Google it.” That’s a phrase that most of us have used at least once! According to Merriam-Webster it means:
Google (v) (googled googling)– to use the Google search engine to obtain information about (as a person) on the World Wide Web.
We’re not sure how Google became a verb, BUT we have a verb of our own; ArrowStream or Stream.
Thankfully there have been 50+ groups who have held a Cardz for Kidz! event. This ranges from world renowned universities to small community groups. One reason folks like to participate is that, EVERY CARD COUNTS. So whether it’s a HUGE event that produces 300+ cards (thanks CervantesKids!) to a small ‘Girls Night in Party’ that produces 21 (yup we still remember Ms Lavers!), we appreciate all cards. Also, we’ve learned that people have heard about Cardz for Kidz! in all different types of ways. This has ranged hearing about us in class (looking forward to seeing those cards USG) to seeing a sign we posted in a Starbucks (still remember the email from Harley Davidson!).  We definitely understand that groups get busy at different times. Also, there are some folks who simply prefer to make cards around special holidays.
But one thing that’s clear is that ArrowStream is the only group who’s ArrowStreamed or Streamed it.
Arrowstream (v)- (Streamed, Streaming). Independently host Cardz for Kidz! events without any member of the organization checking in to see if they are still interested and/or requesting cards for a special event.
Sorry we’re number guys so we gotta show some stats!
In total, as of March 28, 2014 we’ve received cards from 101 different events. Among those, only 28% of participants held an event the following quarter. To narrow it down even more, ArrowStream is the ONLYgroup who’s held an event 4 quarters in a row!!! Shocking right? It’s clear everyone enjoys the excuse to use glitter glue while uplifting spirits, but based on time constraints they’re often unable to host another event.
What’s even more surprising is that every quarter theyreach out to update us that they had an event! No need for us to remind or request any cards.
So yes…we haven’t forgotten:

But YES. They have consistently uplifted spirits without us requesting. Currently at four quarters and that can still increase!

Now we understand there are time constraints, but it would be AMAZING if more groups would create a new definition and ArrowStream/Stream it!
And sorry guys, but now we’re spoiled and expecting it to continue! 🙂 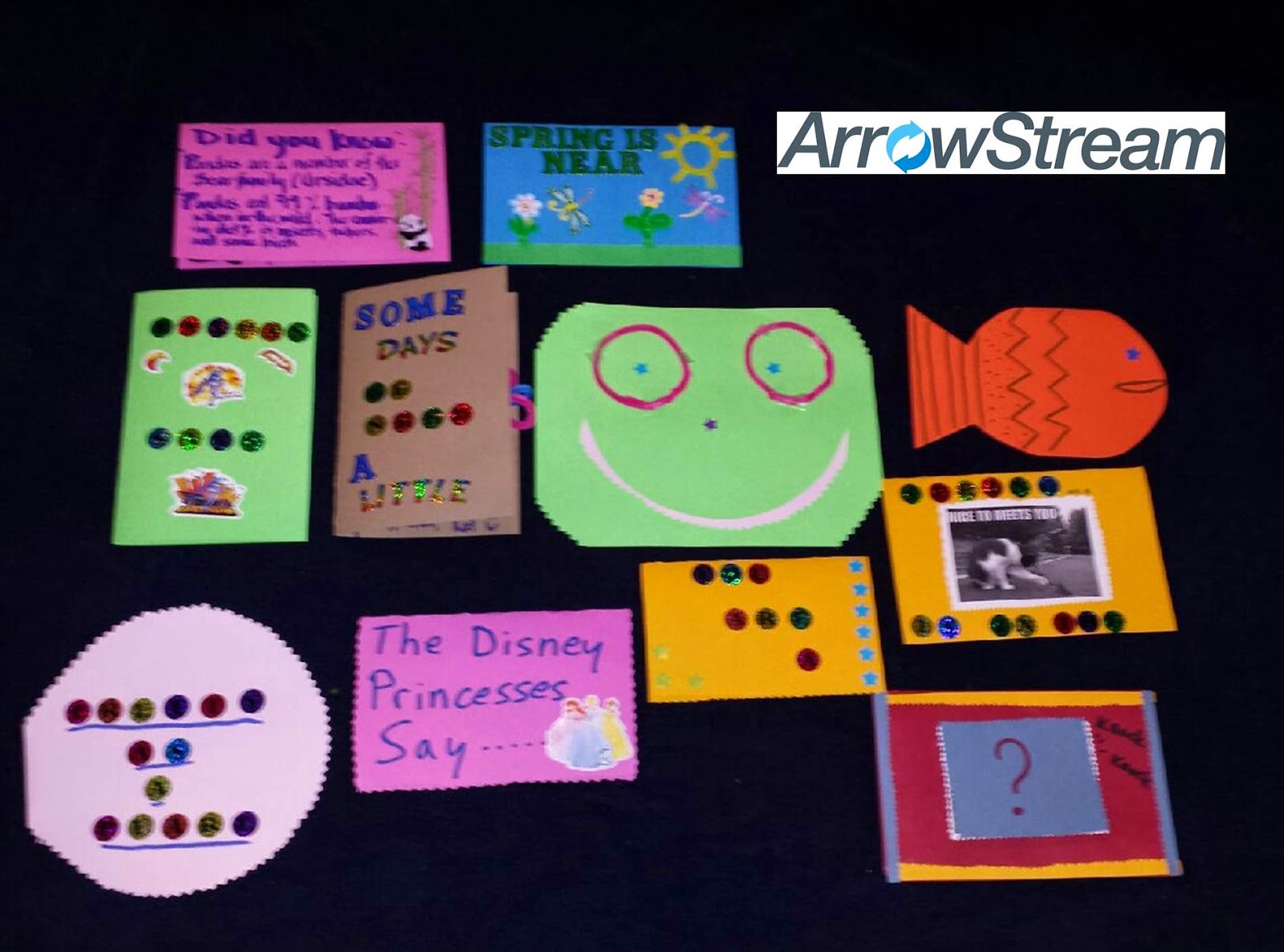