Skip to content
Now this is something that’s going to be obvious for A LOT of people, but did you know that just because a company’s logo is on the outside of a building, it doesn’t mean that the company owns the entire building?!?! 🙂
For some folks who grew up in small towns, when arriving in big cities, like Chicago, you are amazed by the skylines. There are SO many tall buildings. Some with names/logos that you see ALL over TV and others that you’ve never heard of before. One thing that’s interesting is that those companies often only have a certain number of floors in the building and sign agreements with the real estate companies that if they rent/buy a certain amount, that  their logo will go up on the outside of the building as additional advertising/marketing.
Here’s how it connects with Cardz for Kidz! in two manners. First, you can now note, although there are nearly 50 logos up on our site, more than 50 groups have joined in to help make over 20,000 cards! Also, while walking around downtown Chicago it’s fun to see some of the logos that are on the sides of buildings up on our site. Here are just a couple examples. 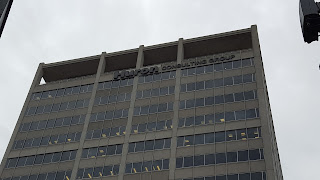 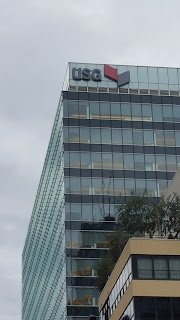 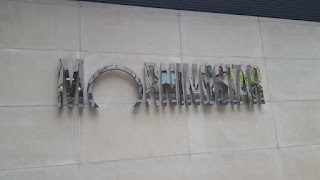