Skip to content
One time when we were connecting with a group and telling them about our Participants page, www.cardzforkidz.org/participants, they got excited when we told them by simply making cards we’d recognize them on our site. We briefly explained the different tiers; how Diamond meant that that group made over 1,000 cards, but, as we always say, #EveryCardCounts, so even if a group has made less than 100 they’re still a Valuable Participant and belong in the Silver section. They were intrigued.
We had another group who we told about our levels and immediately decided they should be at the top, or at least in the Platinum Section. They held a couple events…then realized how hard it was to do within their one office. Afterwards, they grumbled about how it was too difficult and claimed other groups may be cheating. 😊
We decided to look into it a bit deeper and did notice something. This may change, but currently it takes team work to get to the top! Doesn’t that sound like something a high school basketball coach would say? Not something you would read while hearing about making homemade cards? Well, maybe it just works for both scenarios! Here’s an explanation. Check out a screenshot of our Participants tab:

In the Diamond section you’ll see we currently only have 5 logos up there. This ranges from companies that strictly work with other corporations to community groups primarily comprised of students. There are so many differences between those groups ranging from being based in Tampa, FL to Chicago, IL. With all those distinctions, one thing that’s common between all the valuable groups is what the coach would say, “it took a team.”
Often with a lot groups we simply get one person to start it in their office and they strictly make cards. With each of our Diamond participants, that one person told someone that’s a part of their group in another location. For example, with our top group, Capital One, one day we received a set of cards from one office. After they confirmed we could use their logo, they started sharing it to other offices and made it an event for multiple offices to do “together”. We were posting and tagging Capital One across all our social sites so much we tried to group some of the Top 10’s together on some of our social sites! 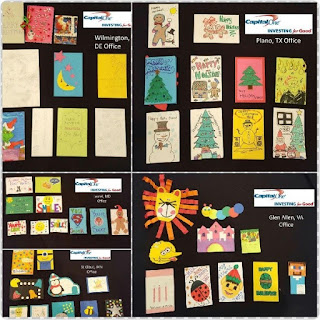 Now, here’s a breakdown of each of our top groups that are recognized on our site to show how they’ve worked together to reach our kids:
As of May 2017 – many more locations have joined in since then! 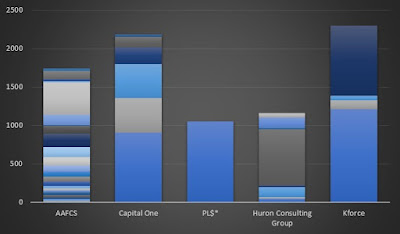