Skip to content
Here we go again (sorry!), we have to start another blog post off by being “100% open and honest.” We’ve had multiple Fortune 500 corporations pitch in with multiple locations to uplift the spirits of the disheartened children we reach. We’ve also had various groups pitch in, and within their first couple of quarters make over 500 cards. But we need to provide some background on some firsts ‑ and one reason why one of our key team members officially gave up.
Do you recall the blog post we wrote a few years ago where we were trying to provide some potential ideas of what people could write on their resumes? If not, here’s a link – #ontheirresume. For a quick recap, we were saying we know sprucing up resumes isn’t the reason people hosts events, but it definitely looks nice! One thing that’s different is for corporations. Hosting a Cardz for Kidz! event may look nice on an individual’s resume, but is not as relevant for a corporation. So intead, a lot of companies have an About Us or Community Involvement page. They often list out some of the WORLD RENOWNED nonprofits they’ve been supporting and the THOUSANDS of dollars they’ve donated. Anyone who glances at those pages can immediately notice that that company has made a significant difference on impactful organizations with high brand equity.
We’re thankful that’s not the reason some corporations are selecting which non-profit they want to volunteer with! If that was the case, we wouldn’t get very much attention from corporations. We did some quick research and found that corporations may consider nonprofits that bring in a lot of donations, according to Forbes, for credibility reasons. 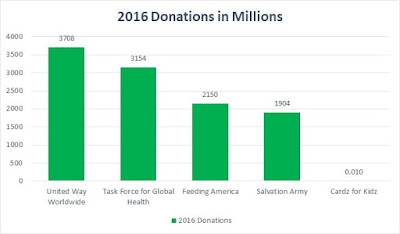 Or maybe they do a bit more research and use combined analytics to find the top non-profits that are renowned; that’s one way to reach children. If you look at us, although we use all types of hashtags, post daily and tag groups, we have an average of less than 700 fans between our Facebook, Instagram and Twitter sites so we wouldn’t fit there either.
One thing we ARE amazed by is how there’s one company that we’ve all heard of who is making a difference on the kids, families, and staff. That’s Dell – Dell EMC to be specific.
When you think of Dell, what’s the first thing that comes to mind? We asked a couple people on the train and the responses ranged from the overall quality of computers to prior commericals. One thing that wasn’t mentioned was how this global corporation helps small nonprofits reach kids in hard to reach places. With that in mind, we realized it’s up to us to spread the word on just how impressive they have been.
If you look at the chart on our Donate page, you’ll see that the amount of cards per quarter has been consistently growing. 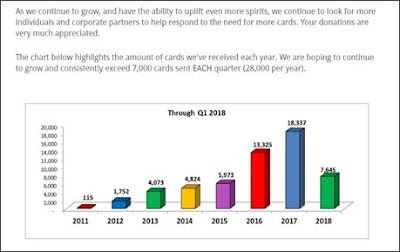 What that chart does not show is that a lot of that growth has been sparked by the participation of the Dell EMC department. We touched on it earlier in this blog post, but what’s different with Dell is that it’s not simply offices across the USA that have been joining in to reach kids across the globe, but instead this is the first group who has had multiple locations outside of the USA join in. What’s equally impressive is that one office told us they weren’t able to send us their cards based on mailing restrictions, but would still contribute and send cards to kids in their immediate communities. There were more made in other countries, but here are the cards that we’ve received so far: 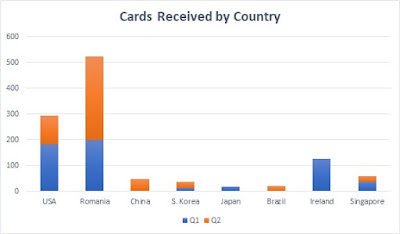 We’ve sent cards to some special locations in China, but this was one of our first times receiving a package from China so we were excited! Also, thanks to the cards from the office in Brazil, we were able to send cards to a Ronald McDonald House in Brazil and potentially start a partnership like the one we have in Portugal! This time we can send all the cards in Portuguese. 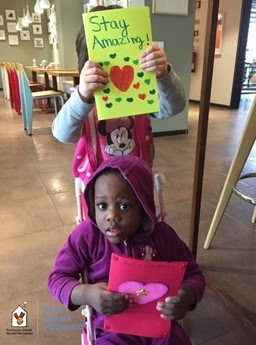 They’re already helping us reach our New Year’s Resolutons. One of the goals we had was that we wanted to start partnerships with at least two more international locations. As mentioned before, we’re getting cards in other languages which is helpful. Then the Dell EMC team in Romania directly handled EVERYTHING (e.g. made it so we could ship the cards to their office, took the cards to the hospitals, returned the pictures from the event) so we could start a partnership with another global destination. 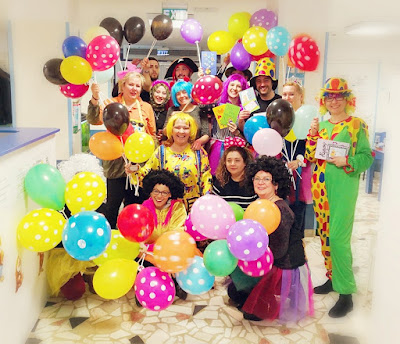 It’s amazing that this company is not strictly dedicated to making cards, but they’re focused on giving back in all types of ways as well.
If that’s not enough, it’s been a combination of quality and quantity! In Q1 2018, we had a record setting amount of 7,645 cards. Just in case that doesn’t mean much to you, let’s put things in perspective. We typically receive significantly more cards in Q4 since more groups make cards around the holidays. That’s why we’ve written blog postsand include a sheet in our PowerPoint to leaders who are hosting an event asking their artists not to strictly make holiday cards. 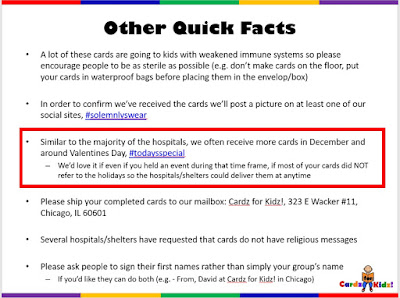 Even still with the expected increase in Q4 2017, the 7,645 cards in Q1 2018 was 28% more than ANY OTHER QUARTER! Including the prior record setting quarter – Q4 2017. Even with that increased competition, Dell EMCstill had TWO cards in the OVERALL Top 10 and those came from artists in two separate countries, United States of America and Japan. The artist from the USA was voted as one of the Top 3 artists and is being invited to come hand deliver her card during our upcoming Cardz WITH Kidz event! #quantityANDquality
We’ve never shared this before, but let’s talk about why our founder gave up. Usually when groups reach out they highlight how they learned about our small organization that’s hard to find via search engines. For example, our Google partnership was started via a direct connection. Our “Secret Admirer”, Microsoft, AAA, and many others learned about us through Benevity. Several independent artists found us through our social media posts. All of those were through something WE did. When our contact, Heather M, from Dell EMC reached out, we checked in on how she heard about us. She told us about how she did her own independent research and found an article we had never heard of that mentioned us. We’re sure there are several other people who read this article as well, but so far no one has made a global difference. Just too good to be true!
In summary, we’re amazed. #jawdropped

Here’s a global corporation that really could work with any non-profit they wanted. They could work with nonprofits that have huge staff and MUCH better websites/social sites. Dell EMC could have chosen to partner with an organization that would have improved their SEO and something that would have improved their brand image. Instead they didn’t pick on someone THEIR OWN SIZE, they partnered with a small non-profit that’s working to impact small children across the globe. As you can see by some of the smiles, it’s been working! 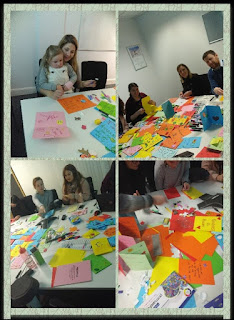 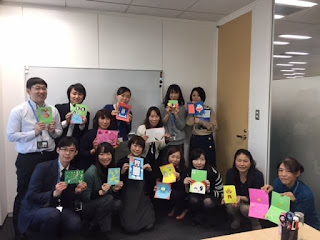 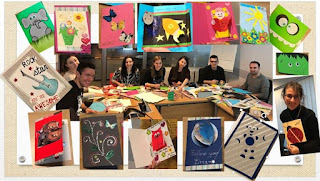 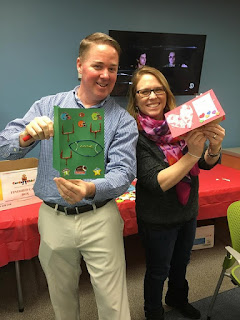 2 thoughts on “Their Own Size”