Skip to content
OK this first portion of the blog post was sparked by some increased time with young nieces and nephews around the holidays. After working on the ABCs, if you look on our participants tab you’ll notice some kids really could get some good practice with their letters! There are several acronyms on there and unfortunately, we don’t know what they all stand for. Here are some examples:
·         KKR
·         DKG
·         AADL
·         SAA
·         PHD
·         CIMA
·         USG
·         LFC
·         USG
·         PLS
·         AAFCS
·         UBS
Now some of those they clearly list what they stand for in the logo or on the website. For example, AADL = Ann Arbor District Library. OR CIMA = Chicago Interactive Marketing Association, then finally AAFCS = American Association of Family and Consumer Sciences.
One we weren’t quite sure of was UBS. We had an idea, but we weren’t 100% sure. Before reaching out to Google.com, we decided to put our idea to the test and asked a couple people at the airport if they heard of UBS and what did it stand for. Here were some of the responses we got:
·         Polite Wife, “Union Bank of something, but didn’t it change….”, Kind Husband, “No no no, it’s United Bank of Switzerland.”  Then she spent a couple minutes explaining why he knows stuff like that! 😊
·         Nice Young Man, “UBS….no I don’t think so.”
·         Helpful Young Lady, “United Bottled Service”?
·         Nice lady, “United Banking……uhh I don’t know…something”
OK so after the Kind Husband’s comments and the confirmation from Wikipedia we agree that those letters may have originally been aligned and unified with the country known for banking. While that was the original acronym, they made it seem like it didn’t stand for those letters anymore. Based on our experience, we think it should be a bit different and let’s explain why!
First, we’ve talked about it a couple times when we posted pictures and in a prior blog post, but our first contact with UBS started with a few locations in the southwest. They were a dream come true. They told us they simply wanted to uplift spirits, no matter where the children lived. They didn’t require delivery locations in their area, but it just so happens that we are now partnering with Maricopa Integrated Health System in Phoenix and another hospital in Nevada. 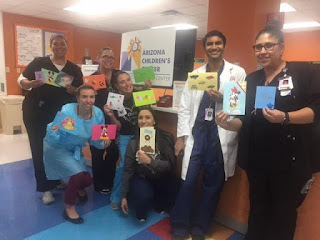 Staff at MIHS posing with some cards!
In addition, they’ve been sending the cards correctly. If you look at this shipment you’ll see just how helpful they were. They marked which ones were part of the Top 10, the ones in Spanish and made a BUNCH of cards! 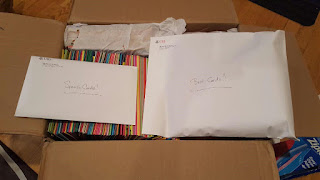 If that wasn’t enough, we heard that some of their locations were donating some funds from their “wear jeans to work day” to us with UBS was matching those donations. 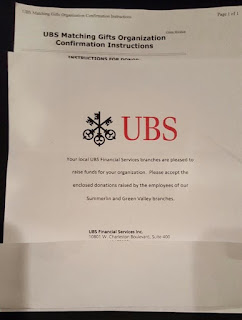 Recently, another online note indicated they made a significant donation.  We asked our main contact if we could donate a GoKart in their name and she agreed. Thankfully, based on UBS’s contributions they’re making our short term and midterm dreams come true!  Originally, when we found out how much their offices in the southwest were doing we asked our main point-of-contact, Peggy, to take a bow since we were giving her a standing ovation (see below). 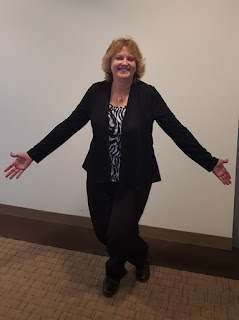 Now that it’s spread, we’ll need even more people to bow because we’re still clapping!
In summary, the way we see it, it may not officially be an acronym anymore, but we know what it means to us. This group has eased the process in helping us reach kids across the globe, they’ve helped raise funds to purchase systems for kids/thank hospitals for their participation, they’ve made over 1,000 cards, and so much more! So they’ve helped us, the kids, and the hospitals. Therefore, we can say, UBS is UNIVERSALLY BRINGING SMILES to all parts of Cardz for Kidz!; our volunteers, as well as the kids/families we reach. We told you a couple times before, they’re a dream come true!
#universerallybringingsmiles #upliftingspirits
To see more pictures and stories, please check out our website www.cardzforkidz.org; like us on Facebook; follow us on Twitter and Instagram; visit our Google+ or LinkedIn pages! Also, check out some of our videos on YouTube!
Download WordPress Themes
Free Download WordPress Themes
Download WordPress Themes
Download WordPress Themes Free
udemy course download free
download lenevo firmware
Download Best WordPress Themes Free Download
ZG93bmxvYWQgbHluZGEgY291cnNlIGZyZWU=