Skip to content
“There has to be a better way.” I’m sure that’s what some people were thinking when they saw our Facebook Live post earlier this week outlining how we’re going to start rewarding hospitals/homes who send us pictures of their staff, families and/or patients posing with cards for 3 quarters with a portable entertainment system. 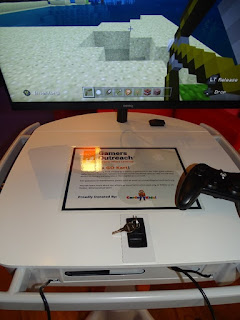 I figure if I’m able to make a Facebook Livepost as myself in first person then I can do a follow up blog post in first person as well – #Secretsout. First off, I agree that there was probably a better way to announce how and/or why we’re going to dedicate a large set of funds strictly to reward and entertain kids who are confined to their beds. Secondly, I understand I probably could have gotten an official vote from the board on their opinion on whether and/or how we should use the potential incoming funds. Should we save those for our When We Grow Up dreams or simply focus on the more immediate needs?
Although things have been stable, I figured that since I was going through my least favorite set of testing, EEGs, I could make an executive decision to help kids who are going through similar situations. This EEG test will always hold a negative, albeit special, place in my heart since, as touched on the Can’t Complain blog post, it was during this set of testing that I received some of the scariest news before my surgery. Then it was during another EEG test that I had my one and only grand mal seizure, which derailed my safety net that I set up for myself.
With November being epilepsy awareness month, I’ve been sending special shipments to kids whose parents used hashtags related to epilepsy, ranging from something I agree with (e.g. #seizuressuck) to something more broad (e.g. #epilepsy). As always in those letters, I tell the children they were/are a VIP (Very Important Patient/Person), so they deserve extra cards. Then I highlight how they’ll be in my prayers since us overcomers have to stick together. Here are some examples from those recent deliveries this month: 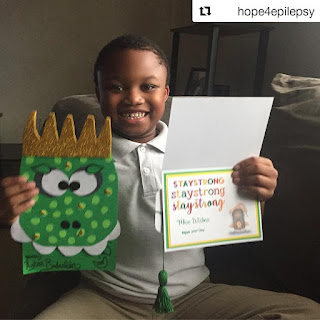 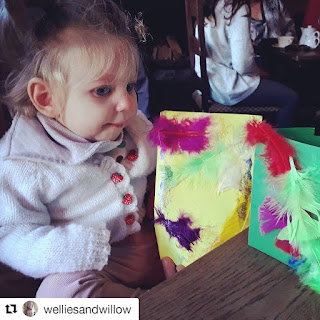 I’ve mentioned before that I’m proud that I’ve been strong enough to battle with this special (dis)ability, #purplepride, but have never shown myself at a low point.
In the past I shared the article from the University of Michigan Health System that highlights the improvement I’ve made and the connection with my doctors, but didn’t touch on the ongoing tests and/or how over the years epilepsy has impacted work and life outside of it.
With this Facebook Live, I wanted to give everyone as close up a view as possible as to what I was thinking and have been going through. One thing I could show is what it’s like not being able to leave your room because of procedure. I could try to give you that glimpse for a patients’ perspective. I’ve provided descriptive stories in the past, pictures throughout the process, and my expressed personal passion, and I hope it helps people understand how and why they should make a difference for the children who are confined to their rooms based on their medical conditions and/or testing.
Therefore, publicly overcoming this most recent EEG experience hopefully helps turn things around. I’ll use this most recent experience to explain why I’ll never be able to forget about the kids who are confined to their rooms based on their conditions. I’ve felt what some of the kids are going through EEGs and epilepsy and can’t complain since there are some kids who are going through some other more terrifying experience. Based on that knowledge, I made an executive decision. Any hospital/home who consistently responds and lets us know they’ve received the cards we sent to their children – and confirms they were handed out – will receive a GO Kart. I know all about the Hippo name HIPPA, where hospitals can’t send pictures of the kids without a more detailed process/request form, but they can send pictures of their employees so we know that they’re still our correct contacts and that the kids who are confined to their rooms are being encouraged. We’re currently partnering with nearly 100 locations and those systems are $3500 each. We’re hoping that with signing up for a Facebook non-profit where people can raise money on their birthday, our site, GoFundMe, corporate giving and other potential methods we can raise enough money to reward every hospital/home that responds with a picture. 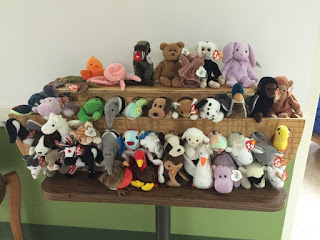 We could raise funds for more Beanie Babies or start to raise funds for the scholarship or save up to hire some employees, but based on these EEGs and being stuck in a hospital room again, I’m setting up A BIASED REWARD and striving to make sure that each kid who’s stuck in their room can be encouraged. 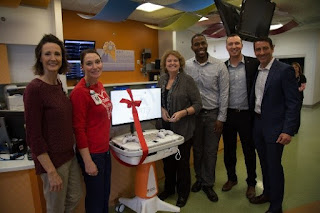 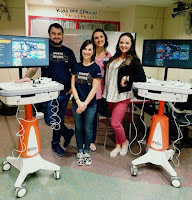 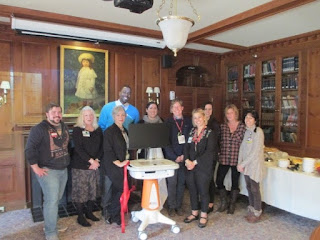 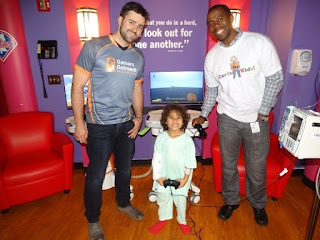