Skip to content
Shoot. We can’t think of any more!

We’ve been using different photo caption headlines each time, and we’re not sure if we’ll be able to think of new ones…but that’s a good thing!
Here’s the story. If you check out our Top 10 album on Facebook, you’ll notice that with each of the pictures there’s a catchy/witty headline before we list the amount of cards, the quarter, and location(s) from which the cards were sent. Right now, our “issue” is that Huron Consulting Group (Huron) is consistently making top-notch cards that we’re starting to run out of ideas for headlines!
Some of our behind-the-scenes people are pretty competitive. That’s one of the reasons #everycardcounts has a double meaning. We want the children (and seniors) to be happy––so we make sure every card is delivered room by room; still, the competitive spirit within us wants to be able to make sure we count the cards to ensure that we keep growing and know where all of these quality cards come from.
Currently, Huron is tied with ArrowStream for the record of seven consecutive quarters making quality cards. One thing to note is how they’ve been making cards, which is very different. As mentioned in the Team Effort blog post, Huron has gathered multiple offices across the country to host card-making events to produce their artwork. With that in mind, while another group may have made seven (total) cards in one quarter, Huron has made at least 40 cards per quarter. The last time Huron didn’t make cards was Q3 2015––but they made cards the quarter before: 222 in Q2 2015. 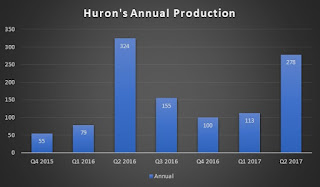 In addition, not only have they volunteered and made cards in their different offices, but some Huron employees personally came to uplift the spirits of these young patients and their families at Ann & Robert H. Lurie Children’s Hospital of Chicago during our #cardzWITHkidz event. As you can see, below, each of the artists took time to interact with some of the children directly. 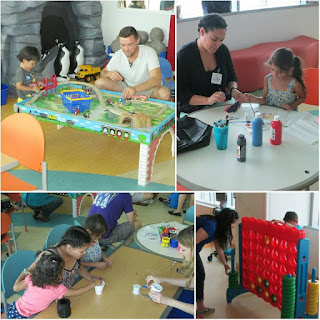 All we did to reward these volunteers was allow them to keep the beaded jewelry that the children made for them as well as one of the beautifully colored puppy pictures. 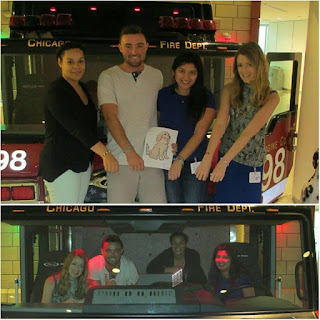 There are some companies and/or groups who only want to participate if there’s a hospital or shelter in the immediate vicinity of their office. Then there are other groups, near the 500+ quality cards made threshold, but their favorite part of participating in Cardz for Kidz! is not having to leave the office; so, they decline our invitation(s) to interact with these young patients and their families. With Huron, Cardz for Kidz! has the best of both worlds: offices across the country consistently make quality cards––plus employees willing to go the extra mile and directly interact with the some of the children who receive our cards.
Since they have multiple offices joining in, we think they’re going to officially BREAK THE RECORD and keep their consecutive quarters streak alive. It’s always a dream come true when groups are willing to keep streaming!
#breaktherecord #upliftingspirits
To see more pictures and stories, please check out our website www.cardzforkidz.org; like us on Facebook; follow us on Twitter and Instagram; visit our  LinkedIn page! Also, check out some of our videos on YouTube!