In previous blog posts, we’ve discussed how Q4 2016 was a record-breaking quarter in the history of Cardz for Kidz!. There were some great highlights—including the two phenomenal groups that made over 1,000 cards. Then there were some aspects that were less than ideal—such as receiving most of the holiday cards a little late. One way we were able to overcome those obstacles was thanks to the behind-the-scenes contributions of one of our Cardz for Kidz! board members, Robin Nwankwo. For example, as mentioned in the “We’ve Been Hiding” blog post, we delivered a total of 340 cards to different locations all over Lousiana. What we didn’t explain was how we were able to do that—it was all thanks to Robin Nwankwo! Prior to her trip down to Shreveport, she researched different senior centers, pediatric hospitals as well as shelters; then, in her free time, she hand-delivered those 340 cards. Then on a later date, closer to Christmas Day, she drove around the Atlanta metropolitan area and hand-delivered another batch of over 150 cards to similar locations. 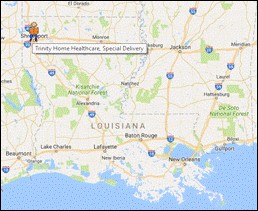 As mentioned in the “We’ve Been Hiding” post, so far we’ve only added one of the six locations (specifically, in Shrevport, LA) where we have delivered cards to on our website’s map.
Similar to the “In Debt” blog post, an individual’s contributions remind us about how there are so many other people who should also be recognized and publically thanked. In addition to Robin’s pivotal support, there are other valuable contributors as well.
There are a more people who have provided—and continue to provide—valuable support (e.g. SEO—Search Engine Optimization) and have asked to remain anonmyous. So although these people are primarily behind-the-scenes players for Cardz for Kidz!, we wanted to take a some time to make sure they’re FRONT AND CENTERand receive the recognition they deserve!
To see more pictures and stories, please check out our website www.cardzforkidz.org; like us on Facebook; follow us on Twitter and Instagram; visit our Google+ or LinkedIn pages! Also, check out some of our videos on YouTube!

One thought on “Front and Center”