Skip to content
AMBASSADOR!
We had to use a special font for that! The connotation of that word is so strong and serious we wanted to make sure the lettering fit! Just look at the image we found when we Googled that word! 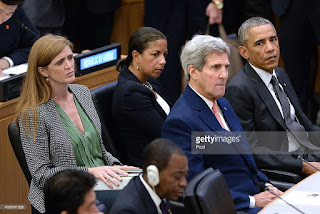 A couple months ago, a college student reached out to us via Instagram and told us they’d like to be an Ambassador for our program. Immediately, our heads began spinning…..
We’ve been consistently trying to find ways to connect with universities more and more – there’s a wealth of talent there. We needed a way to get ahold of all types of student groups and people who can make cards in all different types of languages. We just needed someone to help get us onto campus. Someone to help introduce us. Someone to help represent our mission. Someone like….an AMBASSADOR!
As we always say, #EveryCardCounts, so, of course, the number of cards Ambassadors are able to generate in their groups will play a role in the development of our Ambassador program. Originally, we were simply going to focus on providing these levels and titles to current students, but while connecting with one of our board members, we were advised to simply open it up to EVERYBODY!
Currently, here are the three different types of ambassadors one can be and what that entails:
We definitely understand that the majority of people who are hosting events and making cards are not simply doing it for a title, but we think you can and should be rewarded in some way. As mentioned in a prior post, Cardz for Kidz! can look good on a resume or LinkedIn profile! But whether or not you’re looking for an IMPRESSIVE TITLE, please believe that the cards you make are touching lives and making an impressive difference!
To see more pictures and stories, please check out our website www.cardzforkidz.org, like us on Facebook, follow us on Twitter and Instagram, visit our Google+page, or visit our LinkedIn page! Also, check out some of our videos on YouTube!

One thought on “Impressive Title”