Skip to content
Alright, let’s stop this right now! We DO need cards in English, too! You always see us posting across our social sites asking for people to make cards in other languages and highlighting the languages that we’re missing, but to tell the truth, the only hospitals/homes that don’t want cards in English are the Ronald McDonald House in Quebec, Brazil and Portugal and Haiti’s Hope for Children. Also, Dr. Sonrisas wants cards in Spanish. All other locations want cards in English. Well, okay, Children’s Hospital and Clinics of Minnesota asked us to specialize in getting them cards in Somali and Spanish, but they will still accept cards in English.
In this post we want to highlight why we’re consistently pleading for cards in other languages and apologize if it seems like we’re not expressing our thankfulness for the cards in English. Once again, since some of the behind the scenes people have business degrees, we’ll have to use some business terms to attempt to explain everything. The first thing we can think of is Supply and Demand. 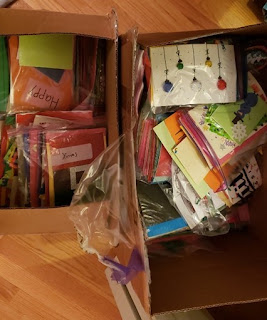 We’ll try to think of something a bit more creative and outgoing to let people know that our supply and timing for holiday cards is making it exceed our demand and timing. Now our overall demand, or the amount of kids that we’re sending cards to, has steadily been increasing. 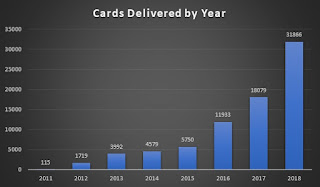 So far in 2019, we’re very far ahead of where we started in 2018. We just hope it keeps going.
We’ve been partnering with more locations and sending more cards, but those locations have been wanting a different breakout of cards. For example, our new location in Maine requested cards in English and Somali. One of our new partners in Illinois, Maryville Academy, requested that about 85% of their cards are in Spanish. Then there are other breakouts like one hospital that wants 75% of cards in Spanish, three want 50% Spanish and another requested a 25% Spanish composition. Then there are several of our lasting partners who have requested languages across Europe, Asia, and Africa. That’s why we created this special slide for the PowerPoint that’s supposed to play in the background during events. 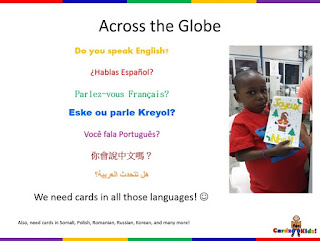 Now we know that as we grow in the United States and strive to reach our goal of getting all the cities on the map, we’ll need a LOT more cards. 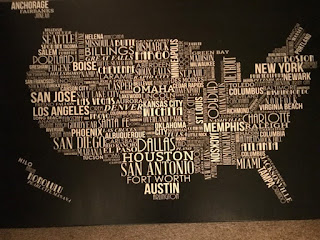 With that in mind, we’ll likely need cards in even more languages based on the diversity within the USA, as well as our growth outside of this country. Therefore, we’ll consistently appreciate the cards in English – especially if they’re on lasting card stock rather than flimsy construction paper but based on the MARKET CONDITIONS and our current supply and demand, we’ll have to consistently request cards in other languages. Here’s a list of some of the languages we need the most:
This prior post has some ideas in other languages – http://cardzforkidz.org/nope-im-all-set/.
To see more pictures and stories, please check out our website www.cardzforkidz.org; like us on Facebook; follow us on Twitter and Instagram; visit our LinkedIn page! Also, check out some of our videos on YouTube!