Skip to content
Although it’s listed on our website (www.cardzforkidz.org/about-us) we wanted to provide you a brief ‘history lesson’ on our organization.
When the founder first started making cards for kids in 2010 it was simply for fun. He had kids from church make cards for patients at the hospital he volunteered at. Then later he took it to work. After it started to grow he decided to reach out to some of his connections to make this an official non-profit. But, first things first, he needed to create a Facebook page. He looked into different combinations of Cards (for or 4) Kids. Those were taken by a variety of different groups who did stuff ranging from playing cards (i.e. poker) to raising money for children. Next guess, Cardz for Kidz!  – completely open!
Okay so after the Facebook page was created he needed to think of a mission statement. There have been a couple and we’d like to let you know why.
Original.
There was probably a bit of assistance, but the founder originally thought of this mission statement:
Cardz for Kidz!  is an organization dedicated to uplifting the spirits of pediatric patients by delivering inspiring homemade cards.
Perfect! Since at the time we were only sending cards to Children’s Memorial Hospital (now known as Ann and Robert H. Lurie Children’s Hospital), using the words “pediatric patients” was fine. As more groups decided to participate the founder learned two classmates worked at other children’s hospitals, Advocate Children’s and La Rabida in Illinois. Those were the next two hospitals to receive cards.
Revision 1.
When he started running the first events in the office he worked with representatives from various websites to purchase lunch and/or crafts for the employees. Since there were so many companies volunteering to provide lunch and gift cards he had to decline some offers. One gentleman who offered to sponsor, but couldn’t, decided to have his son’s elementary school in Connecticut make cards in class. (Side note: they actually were the first group outside of Chicago to make cards!) 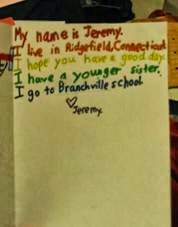 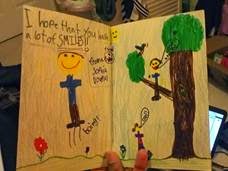 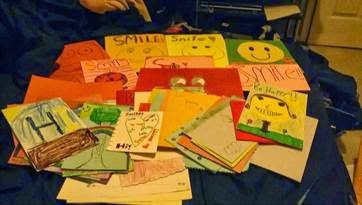 All of this happened the same year the Sandy Hook school shooting took place. We soon learned that the cousins of the little boy who made cards at his school went to Sandy Hook Elementary School. After connecting with the mother of those children we sent a total of 235 cards to those kids. That led to our first revision:
Cardz for Kidz! is an organization dedicated to uplifting the spirits of HOSPITALIZED AND/OR TRAUMATIZED CHILDREN by delivering inspiring homemade cards. 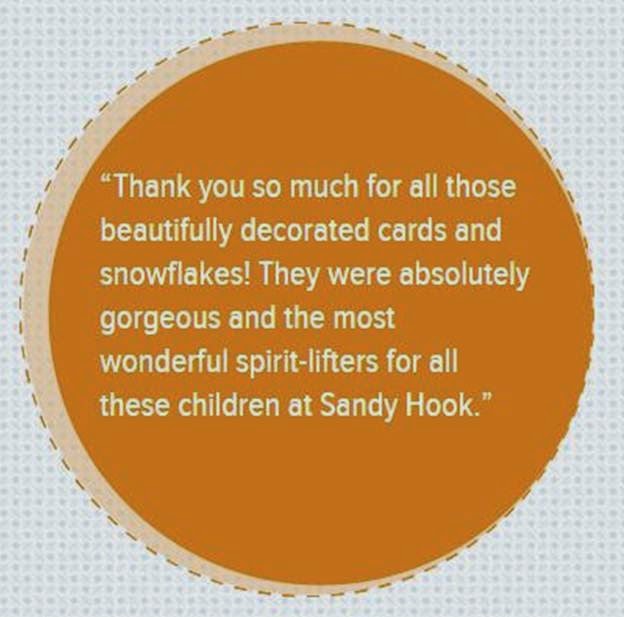 All set. That modification covers the fact we sent cards to children impacted by the Boston Marathon bombing, a school shooting in New Mexico, as well as, a shelter for abused children in California.
Revision 2.
Later we connected with an old classmate who runs the non-profit organization titled Dagbé. They provide opportunity to children affected by extreme poverty in rural Benin. That delivery led to our next modification.
Cardz for Kidz! is an organization dedicated to uplifting the spirits of hospitalized and/or traumatized children ACROSS THE GLOBE by delivering inspiring homemade cards. 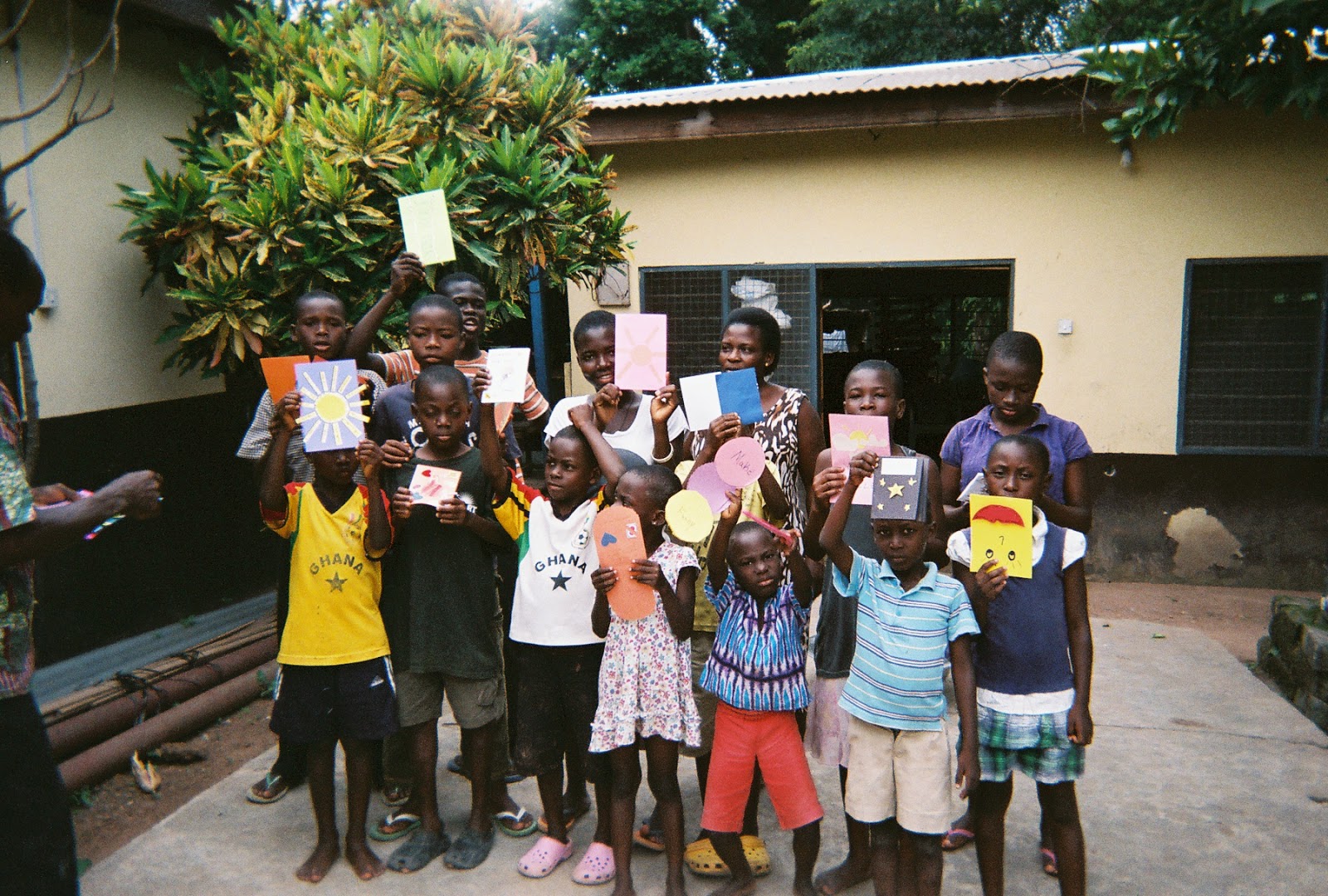 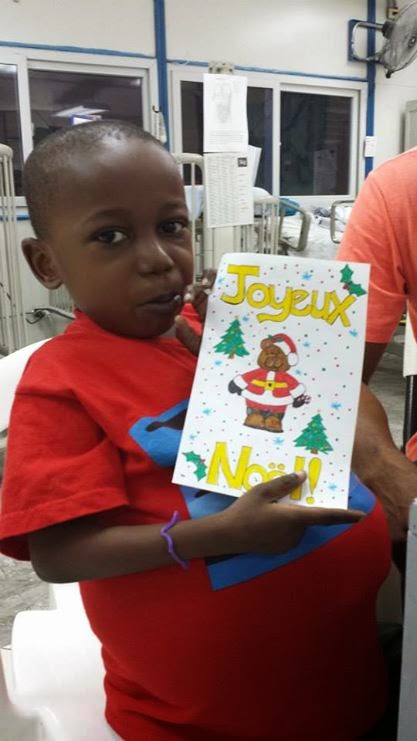 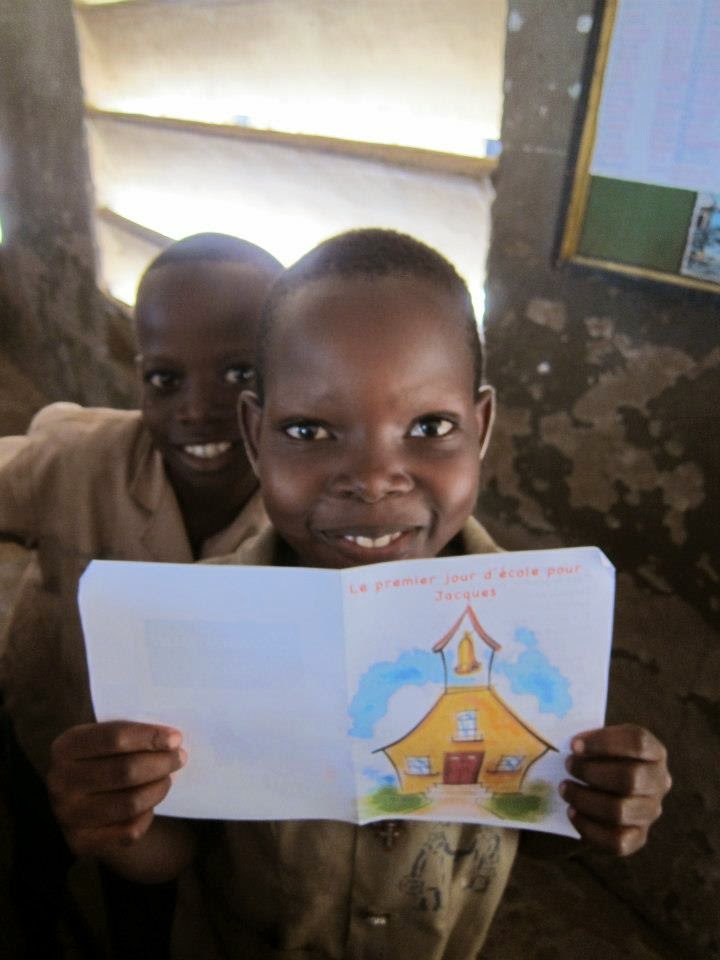 Covered. So when we made a couple special shipments to other destinations in West Africa (pull the Google Map on our homepage over and you can see all the destinations). Also, our official partnership with Bernard Mevs in Port-Au-Prince, Haiti is covered in that statement as well.

Revision _
We recently thought about it, the mission statement is leaving out A LOT of the stuff we do. For example, our name AND mission statement are outdated. We ensure each hospital we partner with has at least a DVD player for kids in their playroom. If not, we are looking to provide that resource. That’s more than a “homemade card”. Then what about Cardz FROM Kidz? That’s reaching lonely seniors rather than simply “hospitalized and/or traumatized children”! That could lead to some tweaks. Then there’s Cardz WITH Kidz – that’s uplifting the spirits by directly connecting with kids, not just “delivering” those cards.
Hmmmm….okay we could definitely make several more ‘revisions’ to our mission statement. But similar to how we work behind-the-scenes to connect groups to disheartened children, our other work will remain behind-the-scenes and not expressed in our mission statement! 🙂
Now we’re debating if we should encourage people to use the “!” as a part of our name since it’s included in our logo. That debate will continue, but one thing we know for sure, there will be NO MORE CHANGES to our mission statement….we think! 🙂
#NoMoreChanges #UpliftingSpirits
To see more pictures and stories please check out our website www.cardzforkidz.org, like us on Facebook page, follow us on Twitter , visit our Google+ page, or visit our LinkedIn page! Also, check out some of our videos on YouTube!