Skip to content
Get ready – here’s another one of those first person blog posts. I need to be 100% open and honest. There are some people who look at me think, “Wow, Ike. You’re running a certified non-profit that’s reached over 60,000 kids across the globe, including deliveries to each continent, and you’re doing it all in your free time. How do you do it?”
My response would simply be, “Come on guys, let’s be honest. What else would you expect from Forsythe Middle School’s nicest boy?” 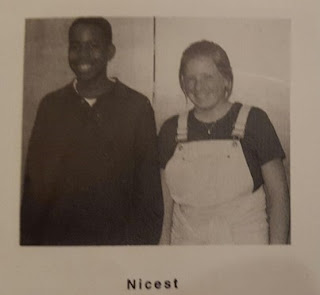 1998 – 8th Grade Nicest Boy in the School
Some may say I’m being SUPER nice, while others could say I’m just being SUPER competitive. I’m trying to retain my title and now I’m not just competing against other 8th grade boys, but now it’s adults of all ages and I decided to expand it to companies, groups and/or schools. I want to be the nicest. When I tell people how to pronounce my name, I’ve always said, “Although it’s spelled I-K-E, just think he’s Extremely Kind, which is pronounced E-K”. 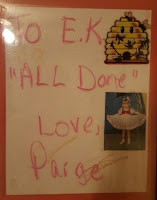 With that acronym, most people can remember! 😊
Now, competitive Ike thinks he’s doing pretty well. And I like to think I’m holding on to my title. Although it was never really named who was nicer between Amanda or I in 8th grade, I had an idea. Since we first won that award in 1998, this year would be our 20 year anniversary of being recognized for our compassion! It’s been a long time since I won, so I’ve started to expand my expectations for myself.
It has expanded past individuals and now onto everything. For example, if you look at the first place Cardz for Kidz!started, Lurie Children’s Hospital, I like to think I’m winning. Although we’ve been able to take a bunch of pictures of patients, families, and staff there, I think since I’ve volunteered over 250 hours, dropped off 1000+ cards, and wrote them a poem, I’m in the lead!
One place I think I’m a bit closer with is the University of Michigan as a whole. At first I was giving myself a bunch of points since it was before my #PurplePridestages and was proud of my condition, and I let them write about my epilepsy and wrote about U of M myself. Then I thought about it again, after I had to drop classes due to epilepsy testing, I recall my Spanish teacher letting me come in and sit in on classes so I wouldn’t get too rusty. That’s still going.
One battle where I keep thinking I’m getting ahead, but then get pulled back, is with the Chicago Interactive Marketing Association (CIMA). Competitive Ike is getting discouraged. Here’s the full history about this organization and how we’ve been going back and forth.
I first heard about CIMA when I started in media buying back in 2007. Originally I thought of this as an organization for digital media professionals that threw fun events, and since I was at a media agency I could go to them all for free – thanks to the sales reps purchasing the tickets! Unfortunately, in 2009 the economy took a downturn and I lost my job at the time. I was desperately searching for positions and realized that one way I could improve my odds was doing more networking – enter CIMA. The events were too expensive for me to purchase the tickets myself, so I reached out and learned that if I volunteered (e.g. ran the check in) I could work for the first hour, then attend the rest for free.
I was doing this for the majority of their events, since they would often reach out and ask if I was interested in volunteering. Then at the end of the year or early 2010, the head of volunteering reached out to me and told me that I was chosen as VOLUNTEER OF THE YEAR! In my head, I thought “For what?!?! Getting free drinks and networking?!” I got a plaque and a certificate that I have to this day. 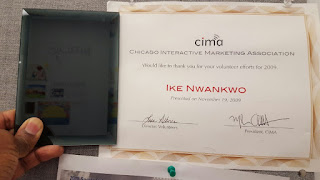 I reached out to my CIMA boss, Lisa A, and told her I needed to do something more. I didn’t want to simply accept that award for just attending free events. After some deliberation, she connected me with one of the heads of the education department who was starting a new $5,000 scholarship for undergraduate marketing students. They asked if I would help promote it. Perfect. I accepted the job.
By this time I had started an evening MBA program and, thankfully, started a new job, but I had to be the nicest. I walked around multiple campuses in the Chicagoland area handing out flyers. I tried talking about it on social media. I even reached out to some professors who I knew had connections. Unfortunately, it wasn’t working and we weren’t getting enough applicants. A few years later that scholarship that I helped start promoting was open to any marketing student, whether it was full-time or part-time, graduate or undergraduate. In 2016, I applied and won. 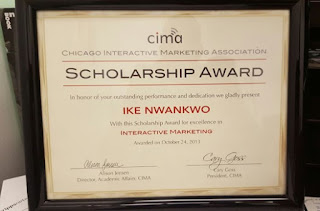 Now, I was thankful and kept close to the board and was trying to do little things as time permitted. Unfortunately, with school and work I wasn’t able to do as much. Then later when I was done with school, it became work and Cardz for Kidz!that was taking up my precious time! Then what made it tough for my competitive side was CIMA didn’t take a break.
Here are just a couple examples: 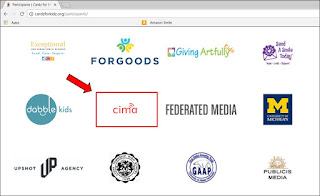 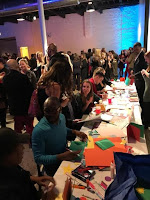 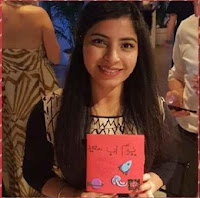 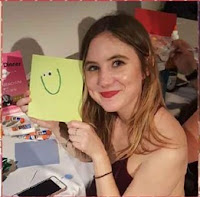 Ok, Competitive Ike is desperate. On the other side, I did agree to meet with the head of the education portion of CIMA, Nick Cheetany, and highlight how great CIMA is and how helpful the scholarship was. I do have the CIMA flyers hanging up in my office and encouraged my company to join in, but that’s not enough.
I guess it’s true. I was planning on reaching out to Amanda and seeing if we could do something special for our 20 year anniversary of being the nicest, but maybe not. Seeing how CIMAoriginally helped me personally and has helped my growing nonprofit in a variety of ways, I have to admit, when you compare me to CIMA, I’m NOT AS NICE. I’ll officially pass along my title. Thank you CIMA! 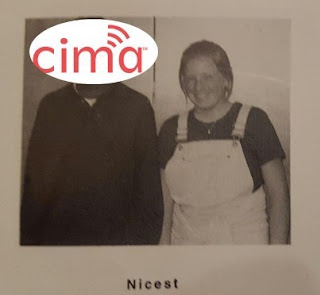