Skip to content
Based on the amount of followers we have on Instagram, we understand not everyone’s seen our hashtags, so we want to provide you some of our must have hashtags for that social site- 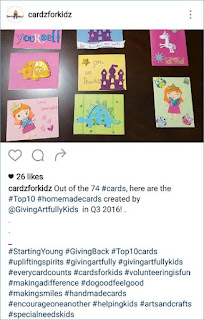 Hashtag: “A hashtag is a type of label or metadata tag used on social network and microblogging services which makes it easier for users to find messages with a specific theme or content.” (Wikipedia)
One of the things that we like about Instagram is that we’re able to use a lot more hashtags compared to Twitter. If you look at some of our original posts, we simply had a couple hashtags and weren’t getting many likes or comments. We thought of some on our own, but also asked others for some insight on what we could use (e.g. @thefarwoods & @exit21nemesis575).  Since we use so many, we wanted to briefly explain why we use some of them for the majority of the posts:
Hopefully, when people start to look through Instagram or if we have enough room, on Twitter or Facebook, they’ll start to see we’re talking about or posting pictures of things others care about. If you look at each Instagram post, you’ll see they’re all pretty long, but you’ll never see some of the standard hashtags of #like4like or #follow4follow. We’re not simply trying to get fans, but we’re trying to get cards!
We’ve learned that people aren’t necessarily going to start following us based on our hashtags (still less than 350), but hopefully they’ll realize that we’re thinking about similar things and understand that OUR HASHTAG is CALLING – we have similar passion points!
#OurHashtagIsCalling #UpliftingSpirits
To see more pictures and stories, please check out our websitewww.cardzforkidz.org, like us on Facebook, follow us on Twitter and Instagram, visit our Google+page, or visit our LinkedIn page! Also, check out some of our videos on YouTube!
*Cardz for Kidz! is an organization dedicated to uplifting the spirits of hospitalized and/or traumatized children across the globe by delivering inspiring homemade cards.