Skip to content
Competitors. Opponents. Challengers. Rivals….
The definition of “rival” is: a person [or thing] who is competing for the same object or goal as another, or who tries to equal or outdo another; competitor.
Based on that description and some of the examples provided above, one could consider Send a Smile Today and Cardz for Kidz!rivals. Both of us are working towards the same objective, to get people (e.g. Girl Scout troops) to make uplifting homemade cards for people who are going through difficult times. Another similarity is both groups have specializations based on their founders’ personal experience; Send a Smile Today– reaches people battling cancer, Cardz for Kidz! – room to room deliveries, #EveryCardCounts.
With that said, it’s hard to imagine finding the Pepsi logo on the Coca Cola site even though they both sell soda. Or a Republican endorsing a Democrat even when the country needs to unite this election season. But despite our “differences”, if you check out our Participants tab, you’ll find the Send a Smile Today logo. 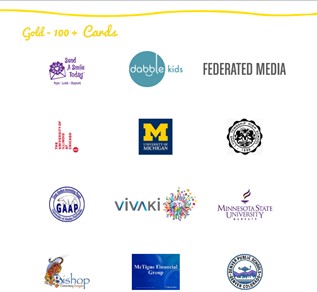 It works because we agreed that great minds think alike! Our methods may differ, but our goals are very similar. We both realized how helpful these cards can be during tough times and that we should help others going through trying times. We decided that if there comes a time when one of us gets extra cards and the other one is short, then we’d share between groups. So instead of being an ultimate rivalry like the old school Celtics vs. the Lakers, we’ll be THE DREAM TEAM and work together to get more homemade cards out there! 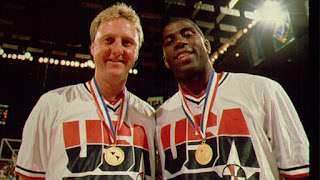 Larry Bird from the Boston Celtics and Magic Johnson for the LA Lakers worked together to win the gold medal!
#TheDreamTeam #UpliftingSpirits
To see more pictures and stories please check out our websitewww.cardzforkidz.org, like us on Facebook, follow us on Twitter and Instagram, visit our Google+ page, or visit our LinkedIn page! Also, check out some of our videos on YouTube!