Skip to content
Here we go again! With this post we had this AWESOME idea on how we were going to explain how/why it’s so hard to find our website and Facebook page using standard search engines. How most people who participate in an event will never know they partook in a Cardz for Kidz! event; how when we’re creating Instagram posts, we always use the #cardsforkids hashtag in order to get people who may be a bit confused.
We had all of that in mind, but we remembered our promise that we touched on in our previous blogs – to always be 100% open and honest. So, we’ll start off the real reason we spell our name, Cardz for Kidz! then how it aligns with our hashtags and our theme!

(disappointed sigh). Honesty.
We touched on this before, but our founder actually wasn’t creative enough to think of the title ‘Cards for Kids.’ It was one of the other people at his church who were a part of the first event that’s referred to on our About Us page. After encouragement, our founder decided to make it a 501(c)(3) certified non-profit. But, first, he created a Facebook page.
Please keep this a secret since it’ll make us look bad, but at the time he didn’t realize what he was doing and actually was trying to create a Facebook GROUP rather than a page. We discussed this during our prior post, but here was the process. First, he searched for “Cards for Kids.” That was taken by a groupwho was raising money to help kids support their schooling. Then, he looked into “Cards 4 Kids.” Unfortunately, we can’t find the link anymore, but that was also taken by a group who played poker or other card games to raise money for kids. As a third option, we tried “Cardz for Kidz.” Since no one had that, we created that ‘Group’. At the time there was only 1 group with those names – now there are multiple. We could’ve just created another “Cards for Kids” group!
[Please note it took us 45+ minutes to write this paragraph since we were searching Facebook looking for the original groups!]
Later, we figured out the difference between a Facebook page and Facebook group. We reached out to some other groups who had “Cards for Kids” or similar titles to see if they wanted to work together (e.g.  we specialize in getting groups together they work to get independent artists), but they weren’t interested. 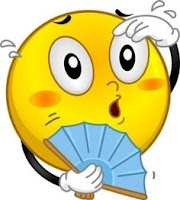 (sigh of relief).  Now that’s off our chest we can pretend.
We’re sorry. We understand since spelling those words with z’s isn’t common, one can often forget. Also, since there are so many different ways to write ‘for’ (e.g. for, 4, four) it’s tough to get that right. But, hopefully this helps.
As we always say, #EVERYCARDCOUNTS. With that, there are two meanings.
Now, if you’re trying to think of what to include between the Cardz and Kidz, just remember that we’re trying to reach as many kids as possible, i.e. #EVERYCARDCOUNTS. Based on that, we’re delivering/reaching way more than 4/four kids. Currently we’re stuck at 4 continents (Africa, Asia*, North America, and South America**), but that’ll change soon.
We understand folks who haven’t read this blog post may still think of the letter “S” when they hear the words cards and kids, but we’re hoping that you remember we’re using THE LAST LETTER a couple times for a couple reasons! 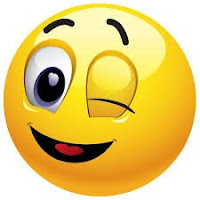 Here are some examples that show remembering how to spell our name can be pretty difficult:
Post on Facebook 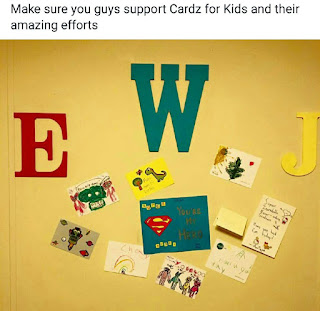 Subject line of email (blocked out the company):

To see more pictures and stories, please check out our websitewww.cardzforkidz.org, like us on Facebook, follow us on Twitter and Instagram, visit our Google+page, or visit our LinkedIn page! Also, check out some of our videos on YouTube!
*Location in the Middle East is not on the map…..yet. Waiting for clearance.
**Were unable to get a hold of the gentleman who hand delivered the cards in Colombia to get the name of the location so we didn’t add the destination to map on our homepage.